Samsung has definitely created a niche market for its smart phones in the world mobile phone market, and with the launch of the Samsung Galaxy S4, it has definitely shown to other smart phone manufacturers that it still has a lot of new tricks up its sleeves.

Below is the Samsung Galaxy S4 review which will provide you some insight on what this latest Smartphone has to offer? 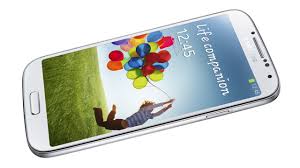 Design of the Phone & Build

On first look this Smartphone looks like a hybrid of the Galaxy Note 2 and the Galaxy S3. The two colours available for this phone are “white frost” and “black mist” which though ordinary, but are very stylish to look at. Samsung plans to launch more colours for this phone in the near future.

The rear of the phone carries the same plastic frame, as found with the S3, but then it has a very attractive design. The phone is light and thin, with the same weighing some 130 Gms only.

The model comes packed with 1.9 GHz Snapdragon quad core processor, and has a 2 GB Ram space which is very impressive. The storage is in line with other smart phones at options of 16 GB, 32 GB & 64 GB given to buyers. The Micro SD card slot can be expanded too.

The screen is full HD with Super AMOLED screen and has a pixel per inch density of 441, which is very impressive again. The phone comes with various kinds of connectivity like NFC, GPS, Wi-Fi, Bluetooth, and will also support the 4G LTE network (wherever available).

As per the smartphones comparison made it has been found that the operating system remains Android, with the 4.2 Jelly Bean versions being provided with this phone. The interface of the Samsung Galaxy S4 has been kept similar to the S3, thus making it easier for people to get accustomed to the phone. There is numerous software features provided with the phone, which the users of the phone would love.

One can easily preview and also scroll by content on the phone by using the Air Gesture or the Air View feature that the phone packs in. In case, while watching a video you have to look away from the screen that then screen pauses automatically, as this phone comes with the Smart Screen technology too.

The rear camera stands at 13 MP, and the front facing one is 1.9 MP makes the cameras good to begin with. There are various modes using which the user can click various kinds of pictures and videos using the phone. The camera also works well while shooting moving objects.