When you decide that you want to be a professional DJ, you want to have the right elements, equipment, and items that can support your creative work and skills.

One of the items is the mixer – which is pretty important and crucial for all DJs. You probably have heard about the 2 channel mixer or the 4 channel mixer. So, which one to choose? Which one will deliver the perfect quality? 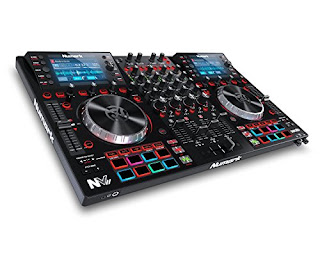 Understanding the Function of Mixer

As it was mentioned before, a good mixer is always needed to compliment any DJ Equipment setup. With it, the DJ can mix and route the incoming sound from the decks.

The mixer also allows them to perform cool tricks and performances. After all, you will be entertained by interactive and active DJ performance and show.

You see, in most cases, a mixer has two channels that are connected to the other players or devices, like the laptop, CD decks, or vinyl turntables.

There will be a special input switch allowing you to choose the input used to feed the signal. Later on, the DJ will choose which input to use to deliver the needed result. There will be three different band EQ on the mixers for hi (treble), mid (midrange), and low (bass) quality.

Which One to Choose?

So, in case you are working as a professional DJ, which channel to choose, anyway? The 2 channel or the 4 channel mixer? Again, it is based on your needs, really. In most cases, the 2 channel is enough because most DJs will be mixing from two different and separate sources.

However, some DJs like to do experiments on their own. They like to add something else, such as a sampler. And for such usage, the DJs will be using the 4 channel type.

In general, when you want to do a simple mixing, the 2 channel mixer will be enough. But if you want to do a performance or a complex show (which include live remix, battle, or skill DJing), having the 4 channels type is a must.

You need to remember that DJing is about creative skills – no matter what kind of technology you are using. It is not only about remixing the music with the computer and then burning it to the CD. If you are dealing with audiences that are hoping the advanced DJing skills or you simply want to show your natural gift, you know what mixer to choose.